Comprop and Shareholders Frustrated By Safari Board

In an open letter to the board of Safari Investments (“Safari”) released on SENS today, the directors of the unlisted property fund Community Property Company (“Comprop”) expressed their frustrations at the recent unresponsive conduct of the Board of Safari (“Safari Board”) in relation to the Comprop R1.8 billion all cash offer for the company. This frustration over the conduct of the Safari Board mirrors similar concerns raised by Safari shareholders at the recent AGM who believe their rights are being compromised.

Back on the 19th July 2019, Comprop met with representatives of and advisors to Safari to present a firm intention all cash offer to acquire the entire issued share capital of Safari at a price of R5.90 per Safari share (“Comprop Offer”). Rand Merchant Bank (“RMB”) provided the cash confirmation in respect of the Comprop Offer and the offer was supported by five legally binding irrevocable undertakings from Safari’s largest shareholders representing 55.7% of the issued share capital of the company. At the time, the Safari Board had proposed a friendly merger with Fairvest Property Holdings Limited (“Fairvest”) and was engaging with Fairvest on the implementation of the merger.

Following the meeting of 19 July 2019, Comprop engaged with Safari, through its advisors, on several occasions to understand why the Comprop Offer was not announced, especially after the announcement of termination of the Fairvest transaction.  The Safari independent board (“Safari Independent Board”) was reluctant to proceed with the publication of a Firm Intention Announcement (“FIA”) on the basis of receipt of a number of non legally binding letters of intent (“Letters of Intent”) to vote against the Comprop Offer, received from a few small Safari shareholders either holding or purporting to represent shareholders collectively holding in excess of 25% of the voting rights in Safari. The Safari Board had been engaging with these shareholders on the Comprop Offer.

In response, Comprop advised the Safari Board in writing on 16 August 2019 that

Comprop believes that the Comprop Offer would enable Safari shareholders to unlock significant value at a price level in excess of that which they are likely to otherwise attain in the medium to long term by remaining invested in Safari. In Comprop’s view, Safari shareholders are likely to lose in excess of R500 million in value should this occur (being the differential between the offer price of R5.90 and the Safari clean share price prior to Fairvest transaction being announced).

Comprop’s concern and frustration is exacerbated by the fact that the Safari Board showed no hesitation in openly supporting the Fairvest transaction in an announcement on SENS on 1 July 2019, despite this being at an effective price of R4.15 per Safari share. Comprop finds it perplexing that the Safari Board could propose a transaction at R4.15, but not propose the Comprop Offer at an effective R5.90. 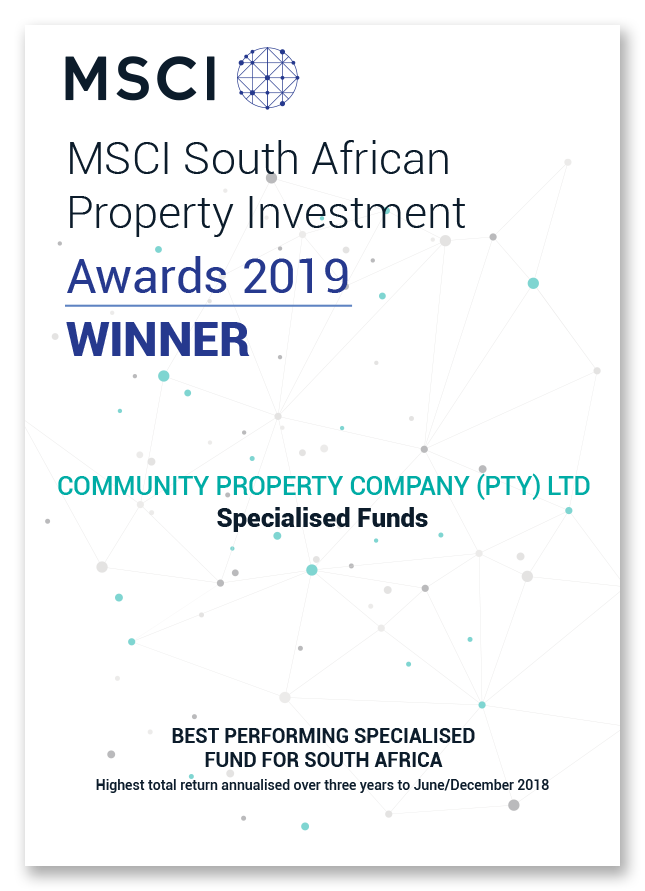